Who Is This Course Suitable For?

Why Should My Child Learn Spanish?

Spanish is the second most widely spoken language in the world with 400 million native speakers and it holds official language status in 21 countries in the world! Being able to speak Spanish could open up so many doors for your child.

Children’s brains absorb languages easily and research has shown that exposure to multiple languages at an early stage is hugely beneficial to a child’s social, emotional and cognitive development.

Spanish is a beautiful language to learn and is ranked as one of the easiest to grasp. It is a phonetic language meaning there is a direct relationship between spelling and the sound therefore words are sounded out, pronounced and spelled more easily. Children with dyslexia often find learning Spanish more manageable because of this.

How Does It Work?

This online Spanish Classes for Kids course consists of 7 on-demand video classes which can be watched anywhere, anytime and on any device. This allows your child to watch, pause and rewind the classes as many times as they’d like in order to ensure that they fully grasp the material.

All relevant notes and resources, including worksheets, are available to download through the Virtual Learning Environment (VLE). Here, children will also be able to post questions if they are unsure about any of the material covered. The first lesson is FREE! Click on ‘Lesson One’ in the ‘Introduction’ below.

Who Is The Teacher?

Aisling is a fully qualified primary school teacher who also has a degree in Applied Languages (majoring in Irish & Spanish) from the University of Limerick. She has taught in many different Spanish and Irish summer immersion camps, has worked as an au pair in the North of Spain and has studied at the University of Alicante for over a year. Aisling also worked in a Spanish primary school in the south of Spain in which she learned many Spanish songs and games!

Aisling is a passionate teacher who believes in unlocking the full potential of each individual child. She uses many child-centred, active-based approaches in the classroom and ensures that each video lesson is also interactive.

“My 11 year old daughter completed this online Spanish course with Aisling an absolutely loved it! Aisling is really enthusiastic which motivated my daughter to stay engaged throughout the programme. She particularly liked the fact the videos could be paused and replayed in case she wanted to go back over some of the expressions or needed to take a break. The worksheets were excellent and really easy to follow. I could not recommend this course enough, not only did my daughter learn Spanish but she really enjoyed completing the programme too!”

What Will You Learn?

Feelings and Emotions – Los Sentimientos y Las Emociones
This class will teach you words and phrases associated with feelings and emotions.

My Family and I – Mi Familia y Yo
This class will teach you words and phrases associated with myself and my family.

The Seasons and the Weather – Las Estaciones y El Tiempo 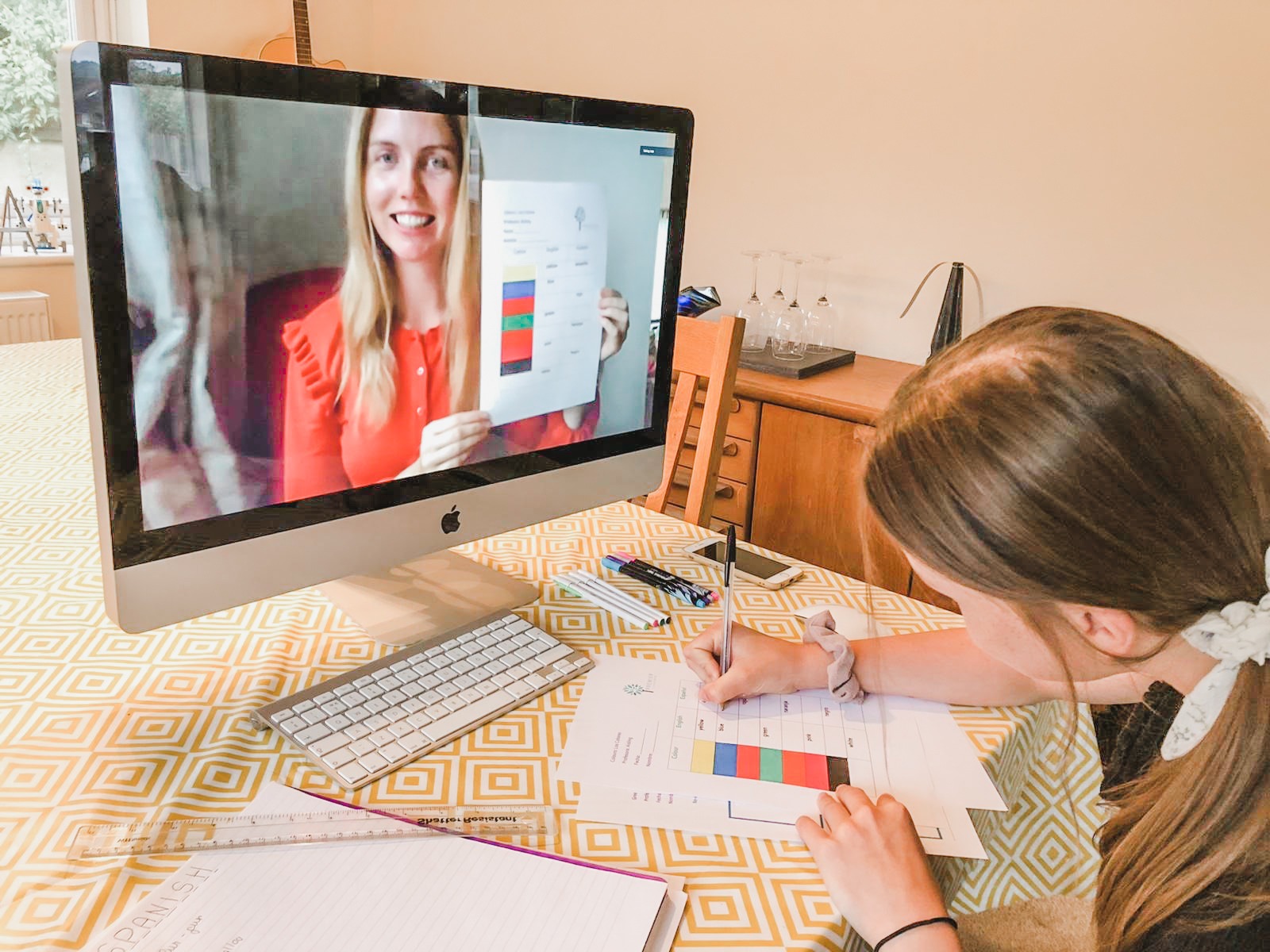